Sept. 9, 2021  Rosemarie Haag Bletter Interview with BBC Radio 4 on the history of glass in architecture and Paul Scheerbart’s and Bruno Taut’s proposals for utopian glass architecture for a Program, “The Dreams We Live In”, to be broadcast in late September.

THE UNIVERSITY OF EDINBURGH EVENT

Can Artists Still Break the Rules? Revisiting Strategy: Get Arts

(Hessel, creator of The Great Women Artists Podcast (London, 2015), has been selected one of Forbes 30 Under 30 successful young Europeans in Art and Culture to watch in 2021.

Michelle Facos will give the 2021 Raoul Wallenberg lecture at the Nordic Museum in Seattle on 13 June at 12:30 pm Pacific Time. The topic is “Jews and the Formations of a Swedish National Identity,” and will be accessible on Zoom via the Nordic Museum website.

On 14 August at 10 am Pacific Time, she will give a lecture “Sisters of the Brush: Scandinavian Women Painters in the Impressionist Era” in connection with the Nordic Museum’s exhibition Among Forests and Lakes: Masterpieces from the Finnish National Gallery, which runs 6 May-26 October 2021. This will also be via Zoom and accessible the Nordic Museum website.

You are cordially invited to a book launch party on Saturday April 17 celebrating the release of our book Constructing Race on the Borders of Europe.  This anthology features essays by many HGSCEA members and was initially developed from the HGSCEA session, “Representing Race”  chaired by Allison Morehead at CAA  in 2018.  The book launch will feature brief presentations by the authors followed by a Q&A.  Further information is provided in the registration link below.  We hope that you can attend! 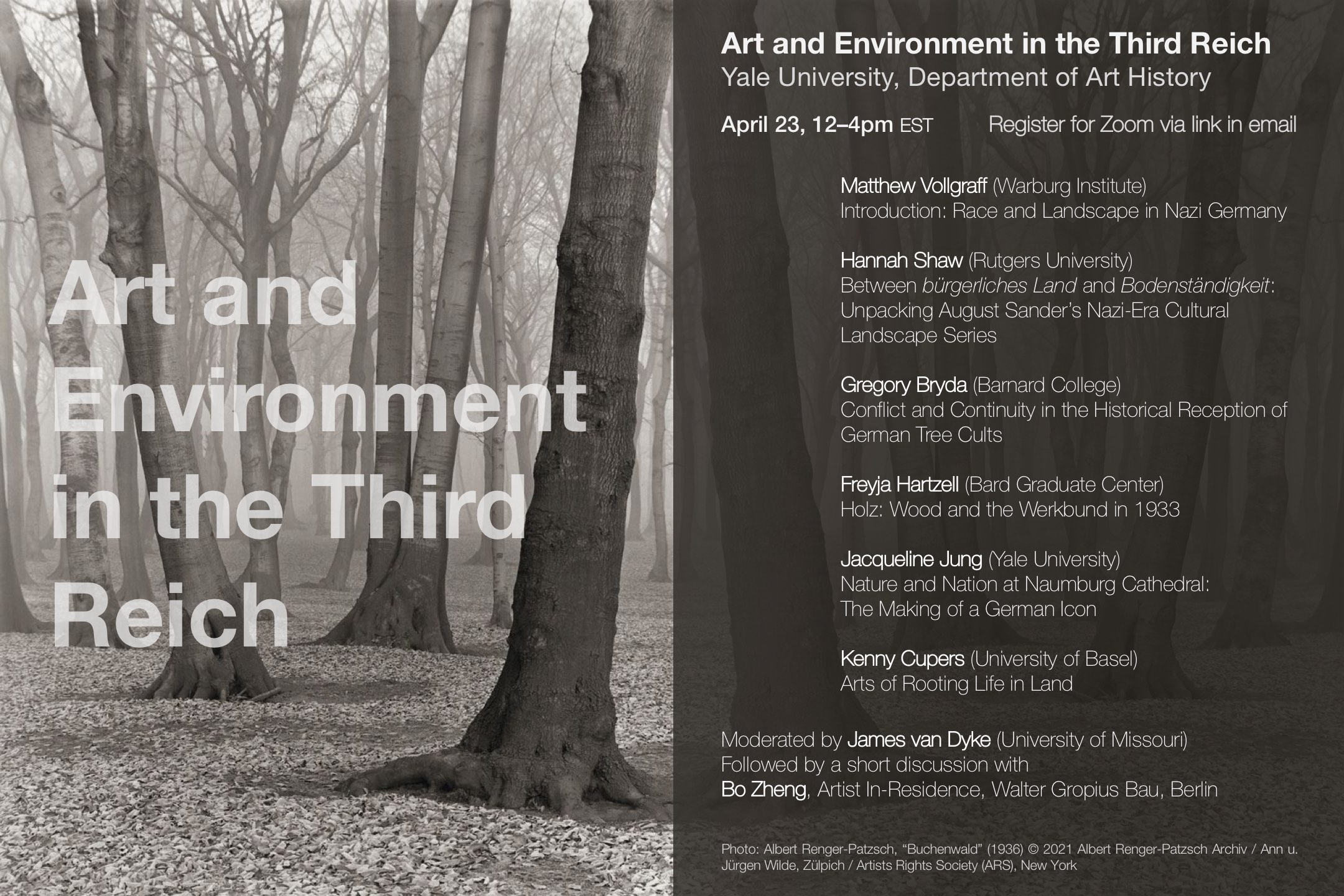 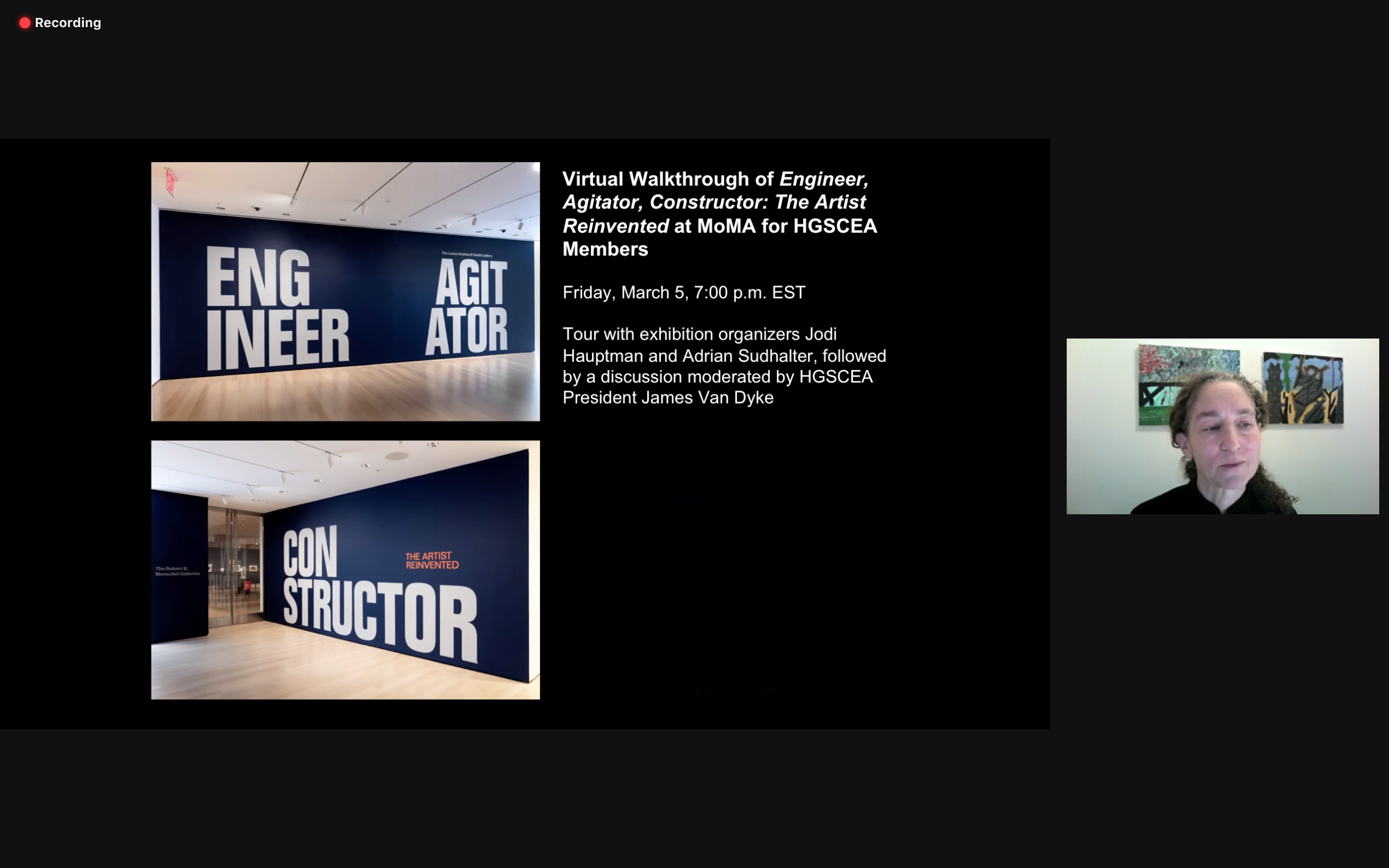 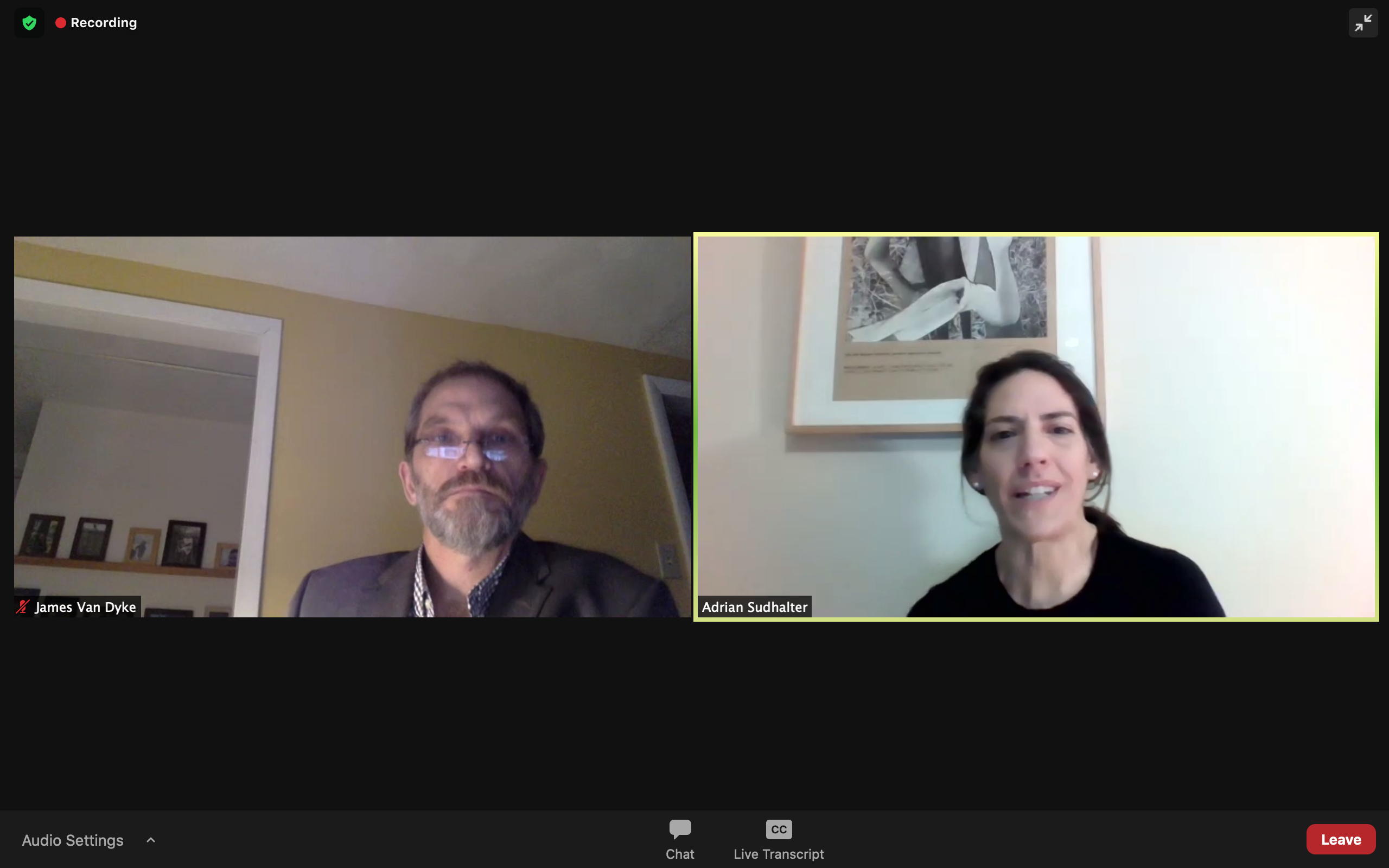 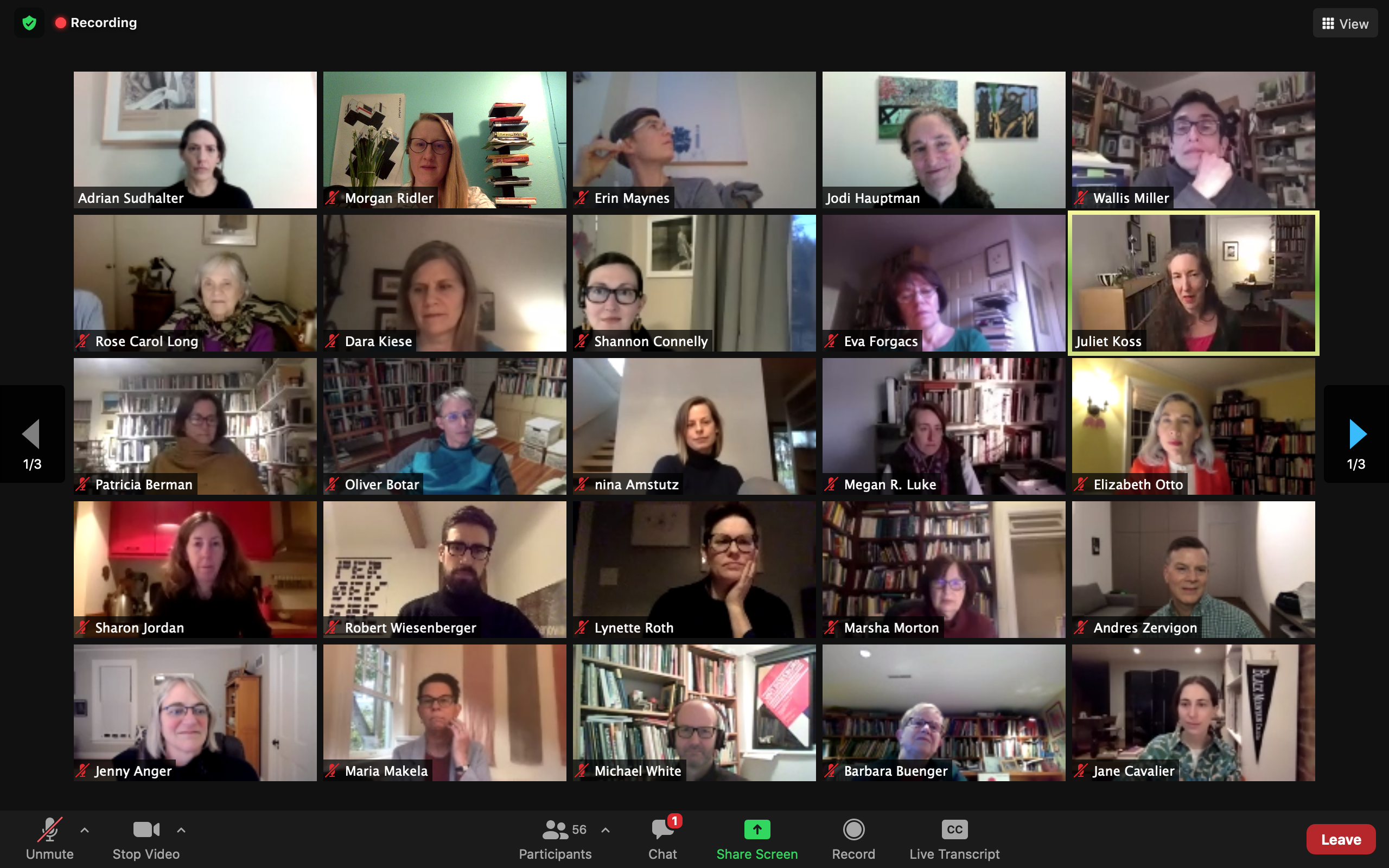 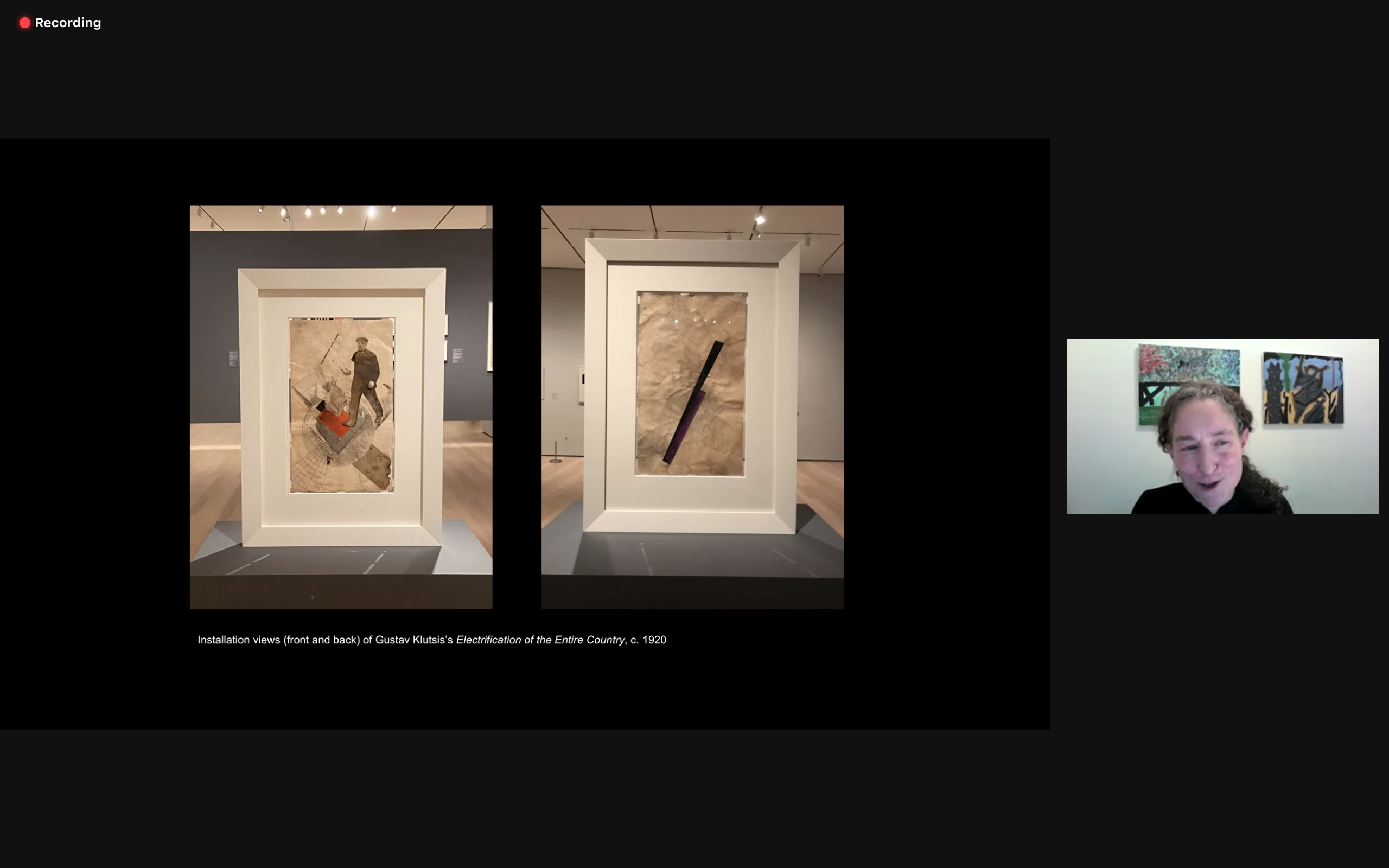 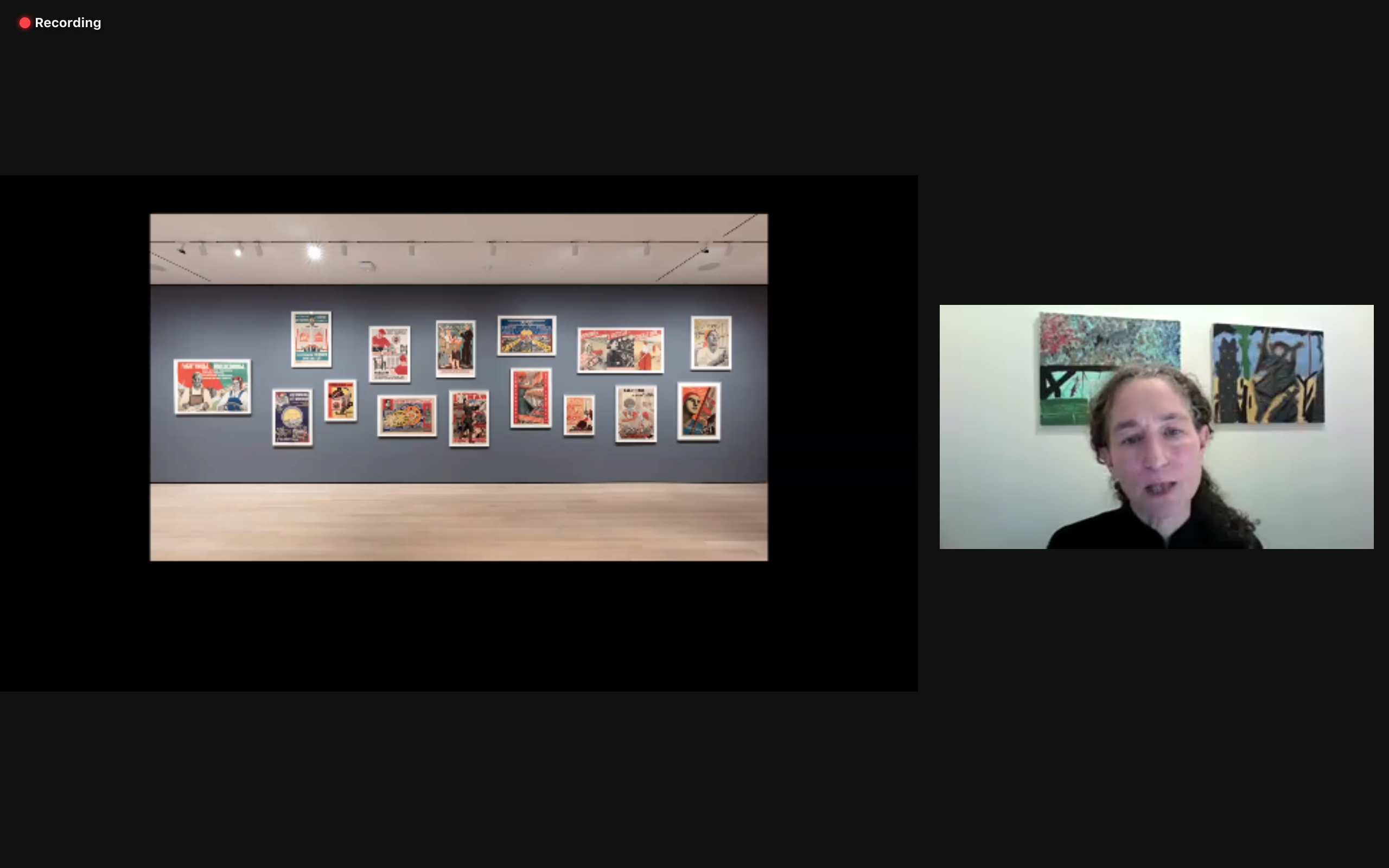 Engineer, Agitator, Constructor: The Artist Reinvented
On view through April 10, 2021

You are invited to a special walkthrough of MoMA’s Engineer, Agitator, Constructor: The Artist Reinvented with exhibition organizers, Jodi Hauptman and Adrian Sudhalter, followed by a discussion moderated by HGSCEA President James Van Dyke.  The exhibition traverses much of HGSCEA’s geographic terrain and numerous HGSCEA members contributed to the catalogue.  This special event — organized exclusively for HGSCEA — is open to current members and is free of charge (renew your membership here).  It will take place on Friday, March 5, from 7:00–8:30 p.m. (EST).  This is a by-registration-only event. To register check your email. 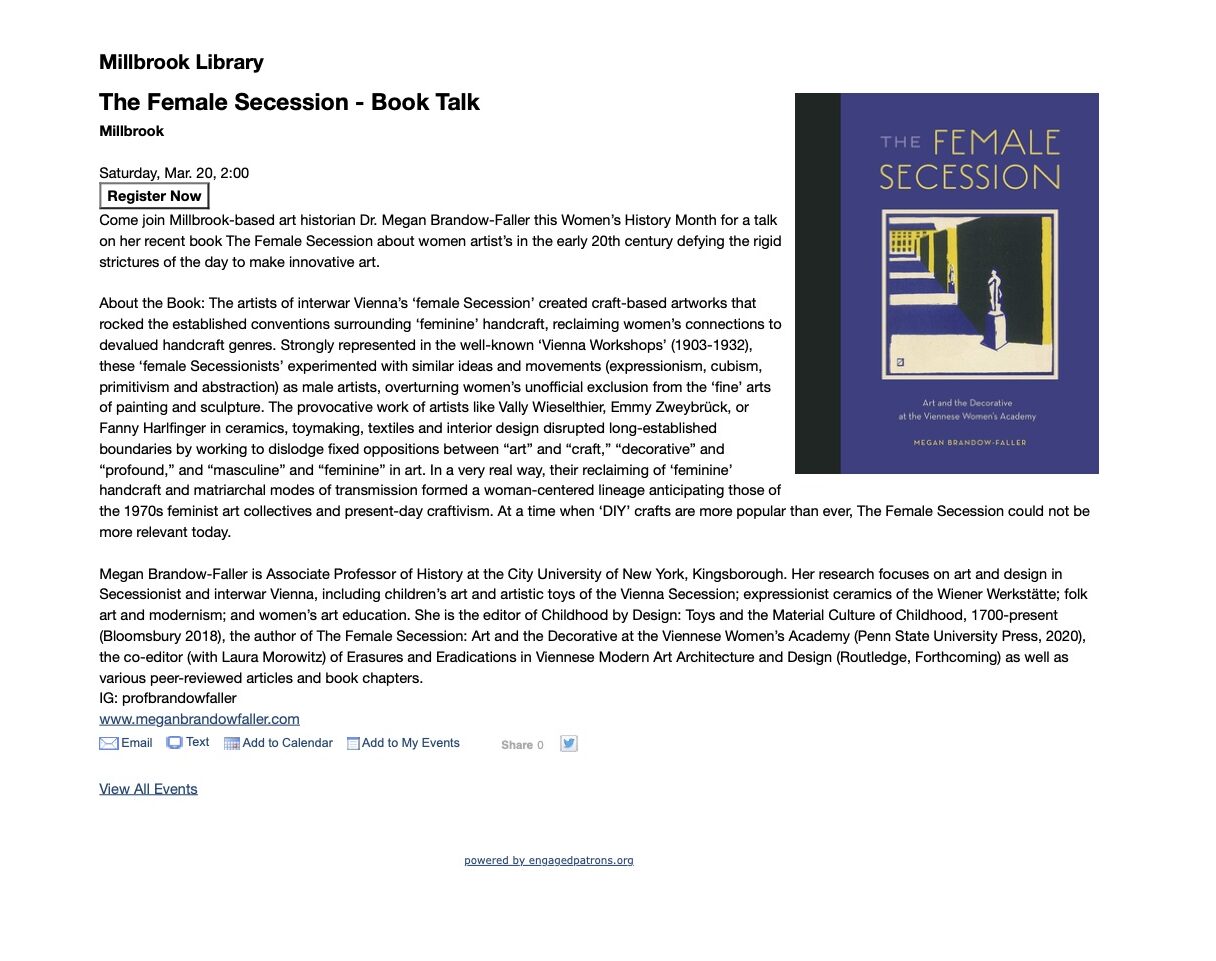 The renowned collector of German Expressionist art and donor of the eponymous study center at LACMA, Robert Gore Rifkind, died on October 20 at the age of 91. A graduate of UCLA and Harvard Law School, he was a pioneer of the boutique law firm model and established the first single-focused case securities law practice in Los Angeles in 1978. He was awarded the Order of Merit, First Class by the Federal Republic of Germany in recognition of his extraordinary efforts in spearheading the understanding of German Expressionist art in the U.S. His philanthropy included HGCEA at a crucial juncture in 2004 as well as grants to many of its members through the Rifkind Scholars-in-Residence program.

Rifkind was assisted in building his collection by dealer Orrel P. Reed Jr. and scholar Peter Gunther, among others, and the library was enriched by the expertise of Jake Zeitlin in Los Angeles, Elmar W. Seibel in Boston, and Hans Bolliger in Zurich. His 1983 donation of German Expressionist prints, drawings, and library led to the creation of the Robert Gore Rifkind Center for German Expressionist Studies, an extensive and growing collection of more than 6,000 prints and drawings and a research library of over 10,000 volumes, documented in the 1989 volume Prints and Drawings: The Robert Gore Rifkind Center for German Expressionist Studies by Bruce Davis, which includes Mr. Rifkind’s interview of Oskar Kokoschka. 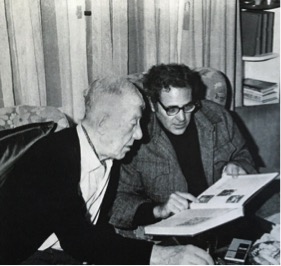 LACMA’s exhibition program includes nearly continuous rotations and thematic installations from the Rifkind collection—often complemented by works from other LACMA departments—most recently the exhibition, Fantasies and Fairy Tales. The Rifkind Center has also contributed to major international loan shows ranging from German Expressionist Sculpture (1983), The Apocalyptic Landscapes of Ludwig Meidner (1989), “Degenerate Art”: The Fate of the Avant-Garde in Nazi Germany (1991), Expressionist Utopias (1993), and Exiles + Emigrés: The Flight of European Artists from Hitler (1997), to Expressionism in Germany and France: From Van Gogh to Kandinsky (2014).

The Robert Gore Rifkind Foundation under the able leadership of Mr. Rifkind’s son, Max Rifkind-Barron, supports art and library acquisitions, LACMA exhibitions such as Hans Richter: Encounters (2013) and New Objectivity: Modern German Art in the Weimar Republic, 1919–1933 (2016), public programming, and a Scholar-in-Residence program that allows specialists from the U.S. and abroad to conduct research in the Center. These activities will continue throughout the construction of LACMA’s new Peter Zumthor building to be completed in 2023.

The Scholars-in-Residence program has supported generations of scholars beginning with Herschel B. Chipp, Wolf-Dieter Dube, Alexander Dückers, Naomi Jackson- Groves, Paul Raabe, Günther Thiem, and extending through Rose-Carol Washton Long, Sherwin Simmons, Olaf Peters and many others up to young scholars and students just beginning their careers today. The Scholar-in-Residence program is currently accepting applications for Summer 2020 and beyond. A link to this program is found at: https://www.lacma.org/learn/research-library/rifkind-center

Centered on WAM’s recent purchase of Otto Dix’s provocative painting, The Pregnant Woman (1931), the exhibition, With Child, will explore the subject of pregnancy and birth in Dix’s works. “The Pregnant Woman” (1931) has touched visitors in powerful ways, eliciting varied responses to a universal theme. This exhibition will be the first internationally to showcase the German artist’s works on this theme, along with a painting from the same model by one of his master students, Gussy Hippold-Ahnert, as well as Dix’s Pregnant Woman (1966), a portrait of his Dresden daughter, Katharina König, and his last nude painting. With Child will explore Dix’s stylistic and personal changes in his treatment of this subject over his lifetime, and associated programming will reflect on women’s social, political, and medical conditions during the Weimar Republic (1918-1933), highlighting issues that are still relevant. This exhibition also will feature a commissioned work by contemporary artist Carmen Winant. Inspired by The Pregnant Woman, Winant’s immersive, multi-media piece, Ha Hoo…Ha Ha Hoo, brings a contemporary woman artist’s voice to this universal topic.

Historians of German, Scandinavian and Central European Art, or HGSCEA, is an affiliated society of the College Art Association. It was founded in 1997 to foster study of visual and material culture of Central Europe and enhance communication and cooperation among scholars working on the art and architecture of the region. The society publishes regular updates of member news and activities, events and news items of interest to HGSCEA members on this website. HGSCEA also sponsors a session at the annual CAA conference, as well as organizes and supports scholarly endeavors and events focused on Central European topics. The society’s members include American and European scholars (affiliated and independent) and graduate students. Join HGSCEA!